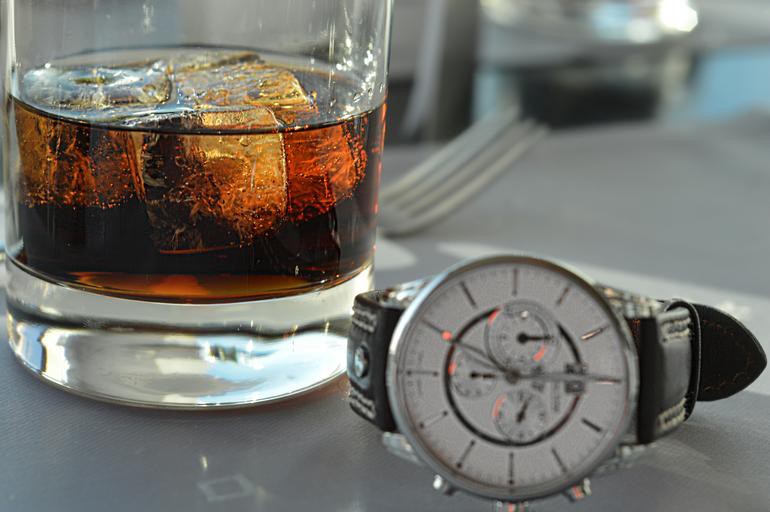 Blasting onto newsfeeds in the past 48 hours was an announcement that few expected: Coca-Cola was eyeing the option to develop beverages infused with cannabidiol(CBD), a non-psychoactive compound found in cannabis.

By this morning, however, Aurora Cannabis Inc., the Canadian cultivator reported to be in on this product development, said that it has not signed a deal with respect to a partnership with the drink company.

Does this mean that the partnership is fake news? Absolutely not.

We’re in a new world where CBD is going to become the biggest, hottest ingredient in everything you eat and drink, and Coca-Cola knows that.

Let’s back up for a second, though.

Cannabis is recreationally legal in nine states (and DC), but technically, CBD is legal in 43 states — as long as it has been derived from hemp, which contains very few traces of THC, the psychoactive compound we know as marijuana. It’s used in FDA-approved epilepsy drugs, and it’s being applied as a health care supplement to treat many common conditions. And Americans agree. A Harris poll suggested that 73% of us believe that CBD should remain freely available to consumers in the United States and not be illegal. Legal marijuana sales are already around $50 billion in this country alone, leading to $17.5 billion in tax revenue.

And so the story about cannabis has begun to shift from finding highs to finding one’s best life.

Gwyneth Paltrow’s obsessively followed lifestyle site Goop, hooked on wellness trends, recently published a guide to CBD cocktails. Coachella lounges offer CBD oils, along with yoga and vegan food, for all its guests. And companies like the venerable D’Amico Coffee Roasters, a family-owned shop in Brooklyn, are infusing CBD oil into ground coffee beans before they’re brewed. “When you drink our coffee,” says Brooklyn pharmacist Craig Leivent who works with D’Amico, who also has a doctorate in pharmacology and an undergraduate degree in botany, “you get the alertness from the caffeine but without the jitters.”

That’s because CBD is typically associated with feelings of relaxation while alleviating nausea, anxiety, and other physical discomforts.

In the coming months, there will be CBD gummies to gnaw on, and balms to rub onto pulse points. There’s CBD for your dog, and CBD for your aching feet. You’ll be able to buy bottled CBD water, juices, and, one day soon, infused into Coca-Cola products.

All of this suggests that legal marijuana will become a bigger industry than soda in the future. With consumption of sweet products like colas decreasing, there’s a need for companies like Coke to show their relevance to the new US consumer.

What’s true for soda is also true for alcohol, a $210 billion industry: in those states with legal cannabis for sale, binge-drinking rates have fallen 9% below the national average. In California, recreational sales of cannabis outpace those of beer. As there is a shift towards acceptance of cannabis, there will be more products on offer, some of which can be shown to be significantly more healthy than sugar and alcohol.

There are still significant challenges ahead.

Cannabis is still considered an illegal, Schedule I substance by the federal government, and there’s a history of misunderstanding of its benefits to human health, despite thousands of research efforts showing its efficacy.

At the same time, a 2017 University of Pennsylvania study found “a lack of regulation and oversight” on CBD extracts, and that 70 percent of CBD products sold online were mislabeled. So like many other products we consume or put on our skin daily, we still have to figure out what’s working and what’s not.

When it comes to what we want to buy, and what could improve our health, however, too many of us presume others will worry about it. We assume that we already have the best health laws to protect us, and that we’ll simply continue to build forward with CBD and other helpful plants. But we’ve assigned our right and responsibility to Congress and the Senate, and to the medical establishment and Big Pharma, and CBD’s use isn’t guaranteed. We’re used to sugar and alcohol, but we’re not used to traversing the business of cannabis. New research and an improved legal landscape will help companies make the right decisions as to when to reveal their plans to incorporate this ingredient into their products for consumers. That’s why Aurora and Coca-Cola have pulled back, as powerful as these big companies are.

What we know now is just the tip of the iceberg, but we’ve still got to explore what’s under the surface when it comes to regulation.

The 2018 Farm Bill, which has the support of Senate Majority Leader Mitch McConnell, if passed, will remove hemp as a designated as controlled substance, legalizing the crop under federal law. This would allow CBD to be legally sold in all 50 states, and then everything will change for Coca-Cola and for the rest of the companies ready to launch their products.