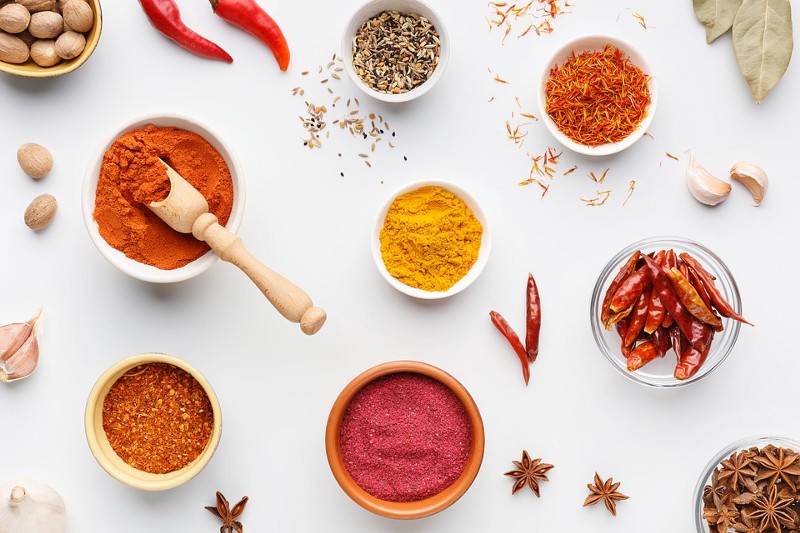 In our modern, busy lives, our diets tend to be poor in fruits and vegetables.

This is particularly the case for vegetables with bioactive compounds, pigmented plants with bioflavonoids that help reduce the risk of cancer and balance the bacteria in our guts. We’ve lost our anti-inflammatory diet use of probiotics, fermented foods, prebiotics and vegetable matter that feeds the good bacteria.

It’s not necessarily our fault. The way in which we manage our lives has changed, and access to a range of healthy foods is sometimes difficult, if not impossible, to obtain for the average family.

That’s why it’s so important to keep track of what we can do to make it a little easier on ourselves when it comes to our daily nutrition.

Recent research shows that combining cannabidiol (CBD) with other anti-inflammatory bioflavonoid food sources such as turmeric can have such a positive effect on our digestion.

The Indian curry spice curcumin, which comes from the turmeric plant, has long been shown by research to help stave off the possibility of cancer and other growths caused by inflammation. You know this spice well: it’s the one that produces the bright yellow color that’s used not only as a way to make our food delicious, but also to dye fabrics and color finger paints. But new research demonstrates that it may be even more useful than we ever realized. In fact, inflammatory bowel disease (IBD), irritable bowel syndrome (IBS), nausea and vomiting, and GI motility disorders may be alleviated with these plant medicines, in the kind of simple, low doses that everyone can access.

Inflammation in our bodies causes oxidative stress on vascular structures, such as our veins and arteries, and this is specifically the case with arterial inflammation, which can be fatal over time. Vascular health is especially important in our gut, because it helps us to process food and absorb key nutrients. If we do not take care of these challenges, it has been shown that that ongoing inflammation due to obesity and the ingestion of high fat foods in particular can result in broad scale dysfunction not only in our intestines, but also in our arterial walls, which in turn leads to the apoptosis and fibrosis of the arteries.

What does this mean? Most immediately, inflammation can lead to heart disease, heart attacks, and death. This biomarker also predicts bone, retina, and ear functional status, along with a host of inflammatory and autoimmune conditions. For this reason, inflammation almost always results in a cascade reaction from which it’s almost impossible to recover.

“Inflammation comes from a cascade system that is designed to protect us,” Dr. Reggie Gaudino, a molecular biologist who completed postdoctoral research in the regulation of genes, says. “Let’s take the example of banging your foot when you’re, say, playing a sport. Typically, your foot will swell up with fluid as a protection reaction to guard that part of the body from further injury or further attack. That makes sense. But when your body is under generalized strain, or when it gets triggered by something like an insect bite, then the entire body reacts. That’s why, typically, inflammation is not a localized thing, unless it’s a sports injury. If you have a disease, inflammation is system wide, and the entire body tends to respond.”

CBD is also known for its ability to fight inflammation. We know for certain that our endocannabinoid receptors, which can work more effectively with the assistance of CBD, can help us choose the food we eat and process the food in our bodies, as well as lessen inflammation throughout the body.

As Gaudino points out, however, this is where CBD can help. “It’s the endocannabinoid system’s job to maintain the balance of all the other systems and decrease inflammation.”

It has been found that antioxidants like turmeric, when combined with CBD, can, in part, reverse this dysfunction, especially for those who are affected by obesity. That’s because both CBD and turmeric work together to play a key role in the regulation of vascular tone, which therefore makes our veins and arteries more resilient when they are presented with inflammatory challenges caused by the foods we eat and the stress we undertake on a daily basis. This combination of plant medicines may also have a positive effect on diabetes, stroke, bowel diseases, and other related major illnesses.

The use of a potent antioxidant compound, as it has been shown in these research studies and many others, can act as a means by which to counter the possibility of major illnesses. This is an important set of findings because of the scope of the potential impact of the use of CBD in combination with antioxidants in preventative as well as reactive care.

Findings from these kinds of studies are therefore critical to understanding next steps in medical research, and the myriad ways in which we may want to incorporate CBD in our lives.